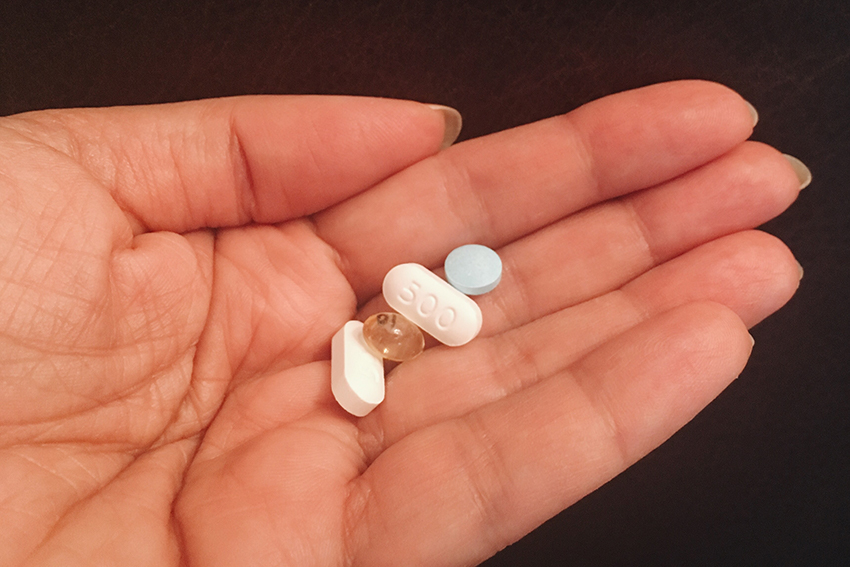 Auckland GP Dr Mark Craig has issued an appeal to all politicians and the New Zealand news media to exercise calm and careful consideration in the coming debate over the future of cancer treatment in New Zealand.

In reference to the recent release of the National Party’s Cancer Treatment Policy and “the hubris surrounding it” he says while we fully support cancer sufferers being granted access to the hope that new treatments bring, we believe it is crucial for us as a nation to place our efforts in the creation of a food environment for NZ which greatly reduces our current cancer rates and avoids people being put in the situation of needing these drugs.

The full text of Dr Craig’s appeal is as follows:
We are all extremely sympathetic to the plight of cancer sufferers who are in an intolerable situation, especially where their disease is not deemed curable, and while we appreciate the desire to support their access to new treatments we are concerned that this will take the focus off the really important task of creating a food environment for NZ which offers the chance of vastly reducing national cancer rates, and the risks for any individual.

The science is now very clear that the food we eat is the leading cause of the most common diseases which kill us and cause us to become ill, and that a huge amount can be done to reduce the prevalence of these diseases, yet we live in an environment which encourages the consumption of the very foods which have been clearly shown to put us at risk. Not dealing with the root causation is the equivalent of bailing water harder and harder to keep a ship afloat instead of fixing the leak.

There is clear evidence that processed (and ultra-processed) foods are harmful to us. One of these which has received a lot of publicity in recent years, added sugar, is harmful too. Additionally animal protein and animal fats have also been shown in the scientific literature to be equally as or more harmful than any of these and which we are consuming in hugely excessive amounts compared to consumption rates 100 years ago. Approximately 30-60% of cancers (depending on type) are estimated to be due to diet, and the New Zealand ingestion of animal product foods are responsible for a large part of these.

Until now, however, no political party, nor the Ministry of Health, has been able to come out and act on the science and tell people outright the truth – that if they simply swapped meat and dairy for foods which don’t cause this harm such as fruits vegetables, legumes/pulses and whole grains, (foods which in fact prolong and save lives) they could dramatically improve their personal health and reduce their risk of cancer while reversing chronic diseases like type 2 diabetes and heart disease.

The possibility for us as a nation is vastly reduced health spending through treating the true cause of our problems, and thus freeing up the system from the invidious choice we face now where we balance one person’s interest over another’s because of limited financial resource. We suspect politicians have avoided this opportunity so far because of the challenges it would pose for an economy based on production of animal products.

We (Evidence Based Eating New Zealand) represent a group of doctors and health professionals who have become aware of the evidence along with lay people and patients who have suffered these diseases and we are here to say what our politicians and national organisations haven’t said because we believe all New Zealanders have a right to know what is available to them by simply changing what they eat.

We shouldn’t let financial interest get in the way of the health of our population, including our children, who have little choice themselves over what they eat, and whose fate will be the same as their parents – dying too young of diseases which are largely preventable, and even treatable with nutrition.

The list of diseases attributable to our current western diet include heart and stroke disease (90%+ due to diet and lifestyle), diabetes, dementia, kidney disease, auto immune conditions to name the most common.

Those of us who work in this area see great benefits of dietary change in treating and preventing our most common diseases and disease risk factors, with measurable and visible clinical improvements.

To the media and all politicians, I say it is time to be bold and inform New Zealanders now that the best scientific evidence tells us we no longer need to be held prisoners of fate or genetics and that the possibility of good health is there for all, simply through the consumption of a diet composed of nutritious, whole, plant-based foods.

Not to do this is to condemn thousands to die unnecessarily and in ignorance each year.

What would it cost us to teach school children about the foods we could eat to keep us healthy throughout our lives, and thus save millions of dollars in healthcare costs as well as sparing people the emotional anguish of personal illness or the illness of loved ones?

We are with diet now where we were with smoking 50 years ago. Back then a large proportion of the population smoked and thought it was normal and harmless, but the science made people change their behaviour and definitively save lives.
if we did the same now with our food recommendations as we did with smoking, we will be giving people the possibility of hope where there has been none before.

No matter how unpalatable it might seem at first glance, this should not prevent us from providing people with the relevant information plus the support to make changes should they desire this opportunity for themselves and their families.

As a doctor I am acutely aware of the harmful side effects of some prescription medicines in contrast with a plant based nutritional change which is usually associated with a sense of increased well-being.

Simultaneously we will reduce our carbon footprint and spawn the growth of new industries. New Zealand people are creative and resourceful and deserve to be given the knowledge to enable them to take advantage of the opportunities which will arise through making changes.