Evidence Based Eating
invites you to …

A series of four health focused public lectures highlighting the power of plant-based whole foods to restore health to all New Zealanders.

Focus: The Ministry of Health 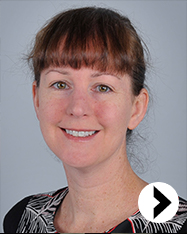 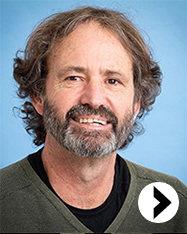 How cattle, pig and chicken farming harms what we breathe and drink. 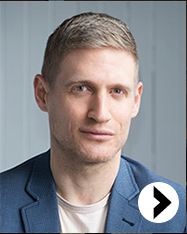 Pivoting away from animal and processed foods towards plants.

Please Note:
If this event is held under Level 2, there will be a maximum of only 40 tickets. If Wellington moves to Level 1 before 30th Oct,
then many more tickets will be made available.

ONLINE ONLY,
via
Zoom 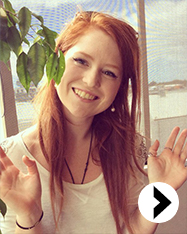 Experiences of a Registered Dietitian working with people who want to get well. 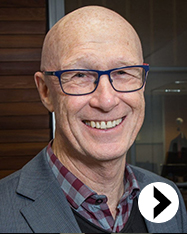 How our District Health Boards and changing government policies can help. 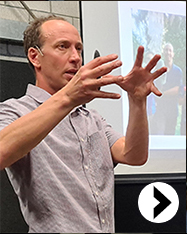 A new approach to preventative medicine: 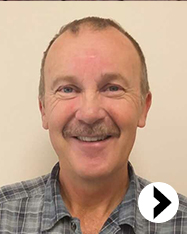 Avoiding illness through a plant-based diet

Medical training. Why wholistic nutrition is a better place to start. 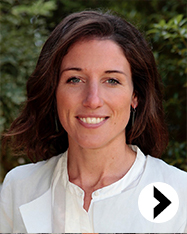 Nutrition training, chronic illnesses and the long term consequences of our current diet. 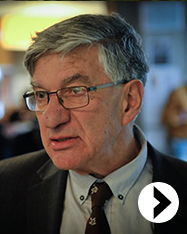 Plants: The solution for obesity and diabetes.

Outlining NZ’S looming diabetes disaster and how to avoid it. 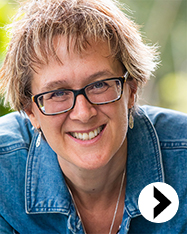 The foods and nutrients for optimal mental health. 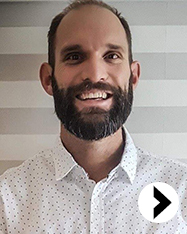 Turn-around success through the CHIP programme

Obesity, diabetes and heart disease can all be treated successfully. 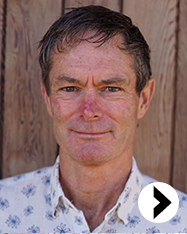 A plant-based GP in a
pro-meat world 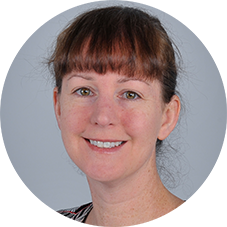 Cristina is a Public Health Nutrition Researcher at the Department of Public Health at the University of Otago, Wellington. She has a strong interest in sustainable diets and the prevention of chronic disease through diet.

Her current research is focused on modelling the health and greenhouse gas emission impacts of dietary interventions that could be implemented in New Zealand. This work includes consulting with key stakeholders on what a sustainable diet could look like for New Zealand and what kinds of interventions are likely to be acceptable, feasible and effective in shifting our diets towards more sustainable intakes. 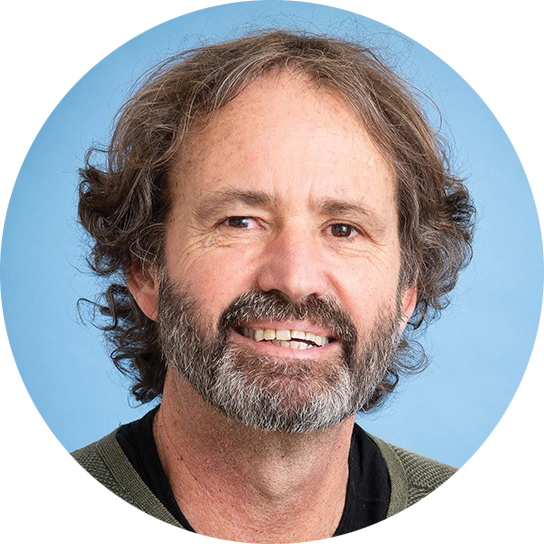 Mike Joy gained his PhD in Ecology from Massey University and began lecturing there in 2003. After seeing first-hand the decline in freshwater health in New Zealand, he became an outspoken advocate for environmental protection.

Mike has received numerous awards for this work, including an ‘Ecology in Action Award’ from the New Zealand Ecological Society, the Royal Society of New Zealand’s ‘Charles Fleming’ environmental award, and the inaugural ‘New Zealand Universities Critic and Conscience Award’.

Mike has been an Associate Editor of Marine and Freshwater Research Journal since 2015.

Mike has been working for two decades at the interface of science and policy in New Zealand with a goal of strengthening connections between science, policy and real outcomes to address the multiple environmental issues facing New Zealand. 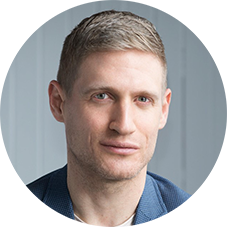 Luke Wilson works as a General Practitioner in Wellington and is Board Certified by the International Board of Lifestyle Medicine. He is a Director and New Zealand Ambassadoc for Doctors for Nutrition, an Australasian organisation promoting the health benefits of whole food plant-based dietary patterns.

In his final year of medical school, Luke studied and worked in Santa Rosa, California, as an intern for Dr John McDougall at the ‘McDougall Health and Medical Center’ and also worked alongside Dr Michael Klaper at the ‘True North Health Center’.

Following training at Gisborne Hospital, he co-created and ran a community based program using a whole foods plant-based diet, demonstrating significant health improvements, and published in Nutrition and Diabetes. 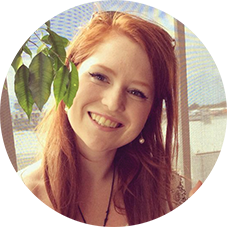 Fuchsia Goldsmith is a Nutritionist and Dietitian practising in Auckland, New Zealand. At the University of Auckland, she completed a Bachelor of Science majoring in Food Science and Nutrition before completing a Masters of Health Science majoring in Nutrition and Dietetics. Fuchsia has published and presented her original research internationally and is involved in teaching dietitians about plant-based nutrition.

Fuchsia founded Feed Nutrition, a private practice focused on providing one-on-one advice to help people unlock good health, and Purelyfuchsia an Instagram page where she shares nutrition tips and showcasing delicious recipes. She also practices at North Shore Hospital, where she specialises in working with people who have chronic kidney disease. Fuchsia discovered plant-based nutrition over a decade ago and seeing the impact this has had on her health is what set her on the path of pursuing a career in nutrition. 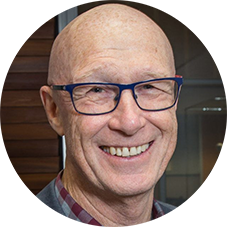 Boyd Swinburn is Professor of Population Nutrition and Global Health at the University of Auckland, and Honorary Professor at the Global Centre at Deakin University in Australia.

Boyd trained as an endocrinologist and has conducted research in metabolic, clinical and public health aspects of obesity. His major research interests centre on community and policy actions to prevent childhood and adolescent obesity, and reduce, what he has coined as ‘obesogenic’ environments.

Boyd leads the INFORMAS initiative to monitor food environments in over 50 countries. He established the World Health Organisation’s first Collaborating Centre on Obesity Prevention, led two Lancet Series on Obesity, and was co-chair of the 2019 World Obesity Policy & Prevention section, and Lancet Commission on Obesity.

He also has been an advisor on many government committees and large international scientific studies. 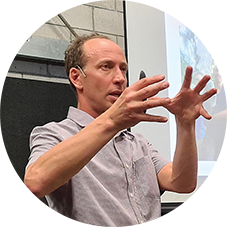 Mark’s main passion in medicine is the prevention and reversal of our most common diseases in patients using the astonishing power of whole food plant-based nutrition and lifestyle changes.

After attending Edinburgh Medical School, Mark trained in surgery then General Practice in the UK, having published several peer-reviewed medical papers in various specialities. He moved with his family to Auckland in 2010 and is raising two plant-based boys age 8 and 10. He enjoys the New Zealand outdoors and competes in endurance swim, bike and run events, representing New Zealand age-group teams on several occasions.

Mark also is a founding member and Vice-Chair of Evidence-Based Eating New Zealand and regularly speaks at lifestyle and nutrition conferences and events. 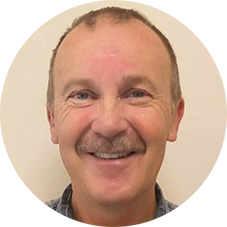 Martyn Williamson moved to New Zealand from the UK in 1986. He has spent the last 35 years in rural general practice, mixing this with a teaching and research role at Dunedin School of Medicine. He has always been passionate about helping people thrive, and over the last 5 years has turned his focus on helping people prevent, reverse and cure their chronic illnesses.

He and his wife Liz were nominated 'Plant Based Practitioners of the Year' for 2019, and in 2020 they both obtained an international certification in Lifestyle Medicine. Martyn is committed to raising awareness about the power of whole food plant-based nutrition to treat disease so that people have a choice to regain some control over their health. 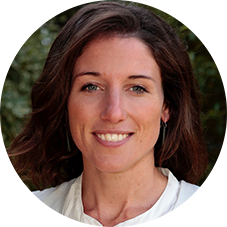 Yvette Hall’s interest in health and wellbeing began as a natural orientation and has been further cultivated through professional and personal experience and formal education. From working as an aged care nurse to volunteering in India with a mobile health clinic and at an orphanage.

Academically of returning to Aotearoa, her holistic health interest lead her to undertake a Diploma in Homeopathy. With the hope of gaining more knowledge and the opportunity to work with a broader range of people, she then completed a Bachelors degree in Biological Science, which gained her entry into Medicine.

Yvette is currently in the final year of a Bachelor of Medicine at Otago University. Throughout her medical degree, she became aware of the benefits of and science behind whole food plant-based eating and hopes to utilise this knowledge in her future work as a medical doctor. 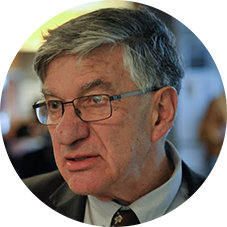 (Professor in Human Nutrition and Medicine, University of Otago)

Jim is Director of 'Edgar Diabetes and Obesity Research, the World Health Organisation 'Collaborating Centre for Human Nutrition, and is the principal investigator for the Riddet Institute, a National Centre of Research Excellence at Massey University.

Jim's research has principally been in the fields of lipids and carbohydrates as they relate to coronary heart disease and diabetes, and in the field of obesity. Jim also was a member of 'the Advisory Group and Panel' of the World Cancer Research Fund which produced reports on food, activity, nutrition and cancer prevention. 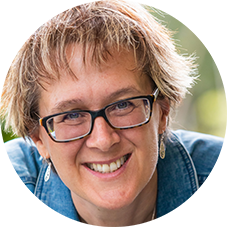 Julia is a Professor of Clinical Psychology in the School of Psychology, Speech and Hearing at the University of Canterbury. Julia also co-author of the book The Better Brain, published by HMH and Penguin Random House. Originally from Toronto, Canada, she completed her PhD at the University of Calgary. In 2000, she joined the School of Psychology, Speech and Hearing where she teaches about child psychology in the Clinical Psychology Programme.

Over the last 15 years Professor Rucklidge has researched the interface between nutrition and mental health. She and her lab investigates the role of broad-spectrum micronutrients in the treatment of mental illness, specifically ADHD, mood disorders, anxiety and stress. Julia was named as one of the top 100 influential women in New Zealand in 2015 and 2018. Her 2014 TEDx talk has been viewed over 1.7 million times. Through her focus on translating research into practice, she hopes to help make nutritional interventions mainstream. 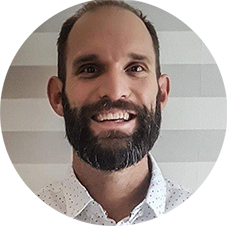 Wayne Hurlow is a general practitioner who works at Wakefield Health Centre, south of Nelson. Wayne moved to New Zealand from South Africa with his parents and three brothers in 1996. He quickly fell in love with the Nelson area while on school camp in 1997, eventually moving to the area in 2010 with his wife Kim where they live with their two children Corban and Talia.

One of Wayne’s core values is wellness, which he tries to live out in his own life, and is also what drives his passion for supporting others to make lifestyle changes. 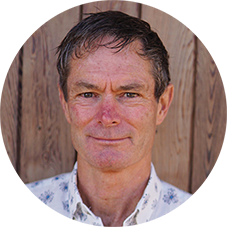 Rob Wilks studied medicine at the University of Otago, graduating in 1987. He and his wife are both Fellows of The Royal College of GPs. Rob has worked in Emergency Medicine, Urban, and Rural General Practice, mainly on the East Coast of the North Island. He is currently a locum GP.